Our commitment towards diversity, inclusion and belonging

The theme for this year, “Women in leadership: Achieving an equal future in a COVID-19 world,” celebrates the tremendous efforts by women and girls around the world in shaping a more equal future and recovery from the COVID-19 pandemic and highlights the gaps that remain.

Facing the pandemic, the heroic everyday actions of mothers, nurses, doctors, carers and employees at multi levels, as major contributors is crucial in leading the way to overcome the current situation.

This should be a reminder to all of us in the corporate world that Gaps still exist (Specially at the leadership levels) and that we need to actively work towards building new strategies for accelerating diversity which begin with creating new ways to find extraordinary talent, and examples of which include accurately mapping the talent market, creating job postings that attract highly qualified diverse candidates, expanding the diversity within interview panels and guiding interviewers to conduct a fair interview process.

At Mecomed, we are committed to help bridge those gaps not only on the gender diversity level but at all levels affecting diversity, inclusion and belonging specially that our family and reach are cross gender, ethnicities, religions, cultures and geographies.
Let’s continue setting the example.

While the MEA region continues to navigate the new normal, it is critical to close the gender-parity gap so organizations can harness the power of Diversity and Inclusion and drive more value to their business and in society.

As we all prepare to mark the International Women’s Day on March 8, Mecomed in association with SpenglerFox conducted a survey across the MEA MedTech industry to gain insights into gender disparity perceptions by the industry employees. The findings cited that that while men generally perceived sufficient focus within their organisation regarding gender equality, women saw a gap and favoured more action.

When profiling respondents from hundreds of MedTech roles across MEA, we found just one female at the CEO level, while men were represented at C-level almost three times more than women. In general, men were more commonly the holders of senior management positions while the most junior staff were mainly women. When it came to various career opportunities, the ratios of office-based to field-based roles were essentially reversed between the genders, with men being 69% in the field and women being 66% office based.

Awareness of some gaps, however, seemed evenly spread between the genders. Just under 60% of each stated a lack of women CEOs. But men appeared unaware of other barriers faced by women, as almost all of them (96%) think being female is no hinderance to career advancement.

Our survey also reveals that 70% of men believe no stereotyping of the female gender takes place in their organisation. And 82% of men believe their companies are committed at all levels to gender parity. Significant minorities (27% of women and 12% of men) said diversity and inclusion policies either did not exist at their firms or were applied only during the hiring process. But despite other findings, a staggering majority (87% of men and two in three women) said parity was applied during both hiring and promotion.

In the era of remote working, some 78% of men and 62% of women said their employer provided flexible-work opportunities to all, regardless of gender and family status. And in general, around 80% said their organization promoted work-life balance. We can only hope that recent events, however tragic, are pushing us in a positive direction when it comes to equity issues.

Work needs to be done to drive more inclusion, diversity, and equality in the workplace and Mecomed, as the trade association, is in a unique position that could allow coordination of the whole industry efforts and achieving some tangible results in this regard. Together we can stimulate the MedTech employers to be more proactive on closing the gender gap, provide targeted mentorship programmes and promote more policies that pursue parity as a core business goal. The advantages are widely acknowledged and verifiably economic. Let’s get it done.

What you can read next 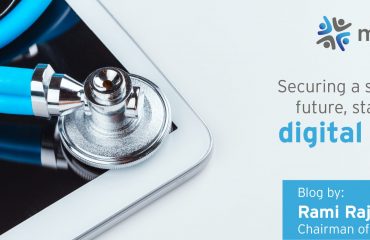 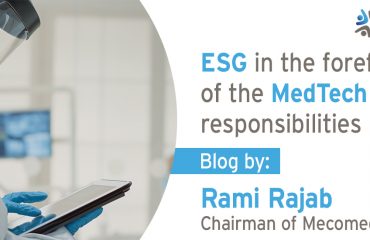 ESG in the forefront of industry responsibilities 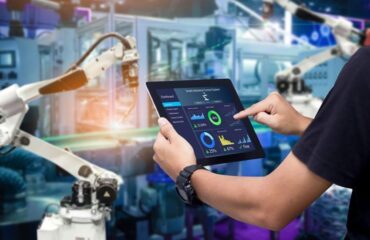 Towards HTA for Medical Devices in the Middle East and Africa.